A brewery with a cigar bar? That’s so Miami

By Carlos Frías
For miami.com

A new Miami brewery has a plan to set itself apart: Come for the beer, stay for the cigars.

The Tank Brewing, which launched its beers locally a year ago, will open its long-anticipated tasting room Friday at 4 p.m., along with a separate cigar lounge that is at the heart of the brewery’s character. The brewery, wedged between Doral and Miami Springs on Milam Dairy Road, reflects its owner, Carlos Padron, who has, for years, been involved in managing and consulting in the cigar business.

“Miami is a diverse city where you find interesting people from all walks of life, and this eclecticness mirrors the way that our beer comes together, and the way that we want them to be enjoyed,” Padron said in a release.

Beer lovers likely have come across their beers on tap at many South Florida restaurants and bars. Among them: La Finca Miami, a Belgian-style wheat saison, Freedom Tower amber ale and El Farito IPA. The Tank is among several new breweries opening in South Florida.

The beers are a result of a pair of South Florida’s original craft beer founding fathers. Padron stole away head brewer Matthew Weintraub, 27, from Florida International University, where he was an adjunct professor in the hospitality school, teaching beer-making at the school’s state-of-the-art brew lab. Weintraub teamed with a long-time South Florida bartender and craft beer lover Moh Saade to create Tank’s stable of beers.

Chef/owner Richard Plasencia will man Twisted Fork Kitchen, supplying a special preview menu for The Tank Brewing Co. The restaurant will open at full capacity later this year to service the 120-seat tasting room, which can hold as many as 600 people and act as a music venue.

“For the menu at The Tank, I wanted to create a menu founded in progressive American cuisine without pretension or stuffiness,” Plasencia said. “Our goal is to take diners on a journey using food as the catalyst — with playful dishes that introduce new flavors and complement The Tank’s stellar beers.”

The Tank will announce several tasting room events throughout May, including its grand opening on May 20, on its social media pages: Instagram, @TheTankBrewing, Facebook, The Tank Brewing Company and on Twitter @TheTankBrewing. 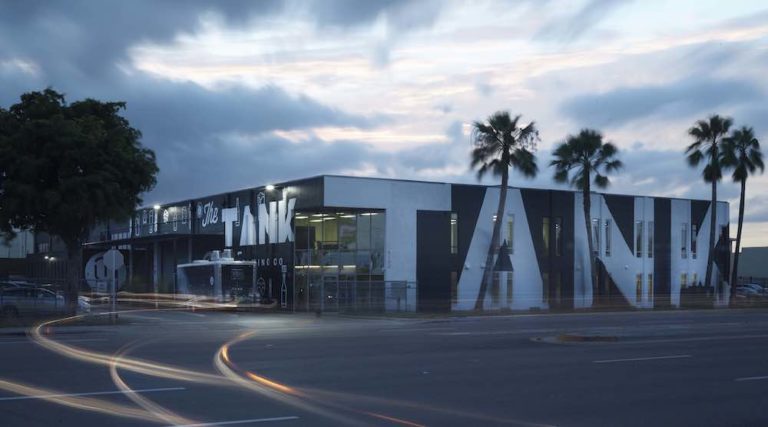 The Tank Brewing Co. Has a New Tasting Room
GET TO KNOW TANK BREWING CO. IN MIAMI!