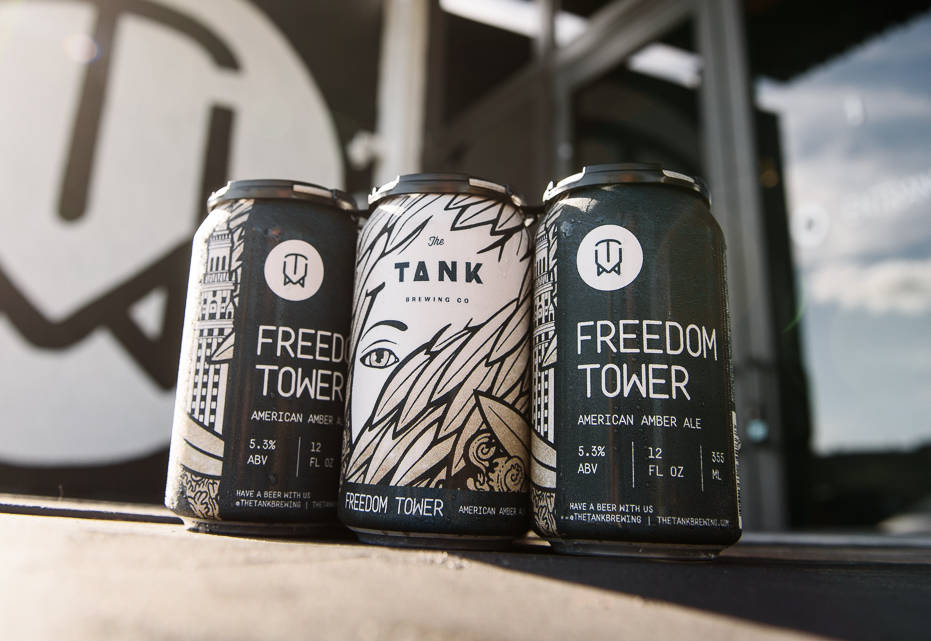 The Tank Brewing Company, one of Miami’s most beloved breweries, just announced its support for the Museum of Art and Design (MOAD) at Miami Dade College, just in time for the 2021 Miami Art Week when the infamous Art Basel Miami Beach takes place. Tank will be offering its Freedom Tower American Amber Ale at the museum’s by invitation only Art Brunch, giving Miami locals and visiting art enthusiasts a behind-the-scenes look at the can’s artwork and its brewing process.

Brewed in the heart of the “Magic City”, this American Amber Ale, available at Tank Brewing Co.’s Tasting Room, and accounts all throughout Florida, both canned and on tap, has 2-row barley, crystal/caramel malt, amber malt, as well as character hops of Cascade and Galena. “From the moment you grab a Freedom Tower American Amber Ale in your hands, you know exactly what you’re getting – a taste of Cuba Libre. As a proud Cuban-American born and raised in Miami, it is a true honor to not only support MOAD, but showcase one of our most popular beers at the Freedom Tower, the iconic landmark we named the beer after,” said Carlos Padrón, owner of The Tank Brewing Co.

Tank will also be offering the beer at the third annual Art brunch, presented by MOAD on Friday, December 3rd. The invitation-only event will welcome guests for brunch featuring cuisine, inspired by its exhibitions from artists including Hreinn Fridfinnsson, Jorge Pardo, and Loriel Beltrán offering viewers comprehensive looks at the practices of three of the most compelling artists—both local and international—working today.

About The Tank Brewing Company

Founded by Cuban-American entrepreneur Carlos Padron, Miami-based The Tank Brewing Company embodies a homegrown passion for brewing honest, expertly-crafted artisanal beer using only the finest ingredients from mash to tap. The Tank’s popular core beers Freedom Tower Amber, El Farito IPA, La Playita, and its newest brew, Lo-Ca, were all inspired by the brewery’s love for its hometown of Miami.

Located at 5100 NW 72nd Avenue just north of Miami International Airport, the 25,000 square foot 120-seat brewery features up to 16 beers on tap, including its popular core brews, seasonal and special releases, as well as guest taps from regional breweries. With a total capacity of up to 600, the tasting room offers guests the opportunity to view The Tank’s entire brewing process from every seat. The venue also hosts numerous events and activities for people of varied interests and is available for private parties and corporate functions.

The Tank Brewing invites you to come watch the Miami Heat games
13 Breweries in South Florida for Crisp, Cold Beer