The Tank Brewing Co. Has a New Tasting Room 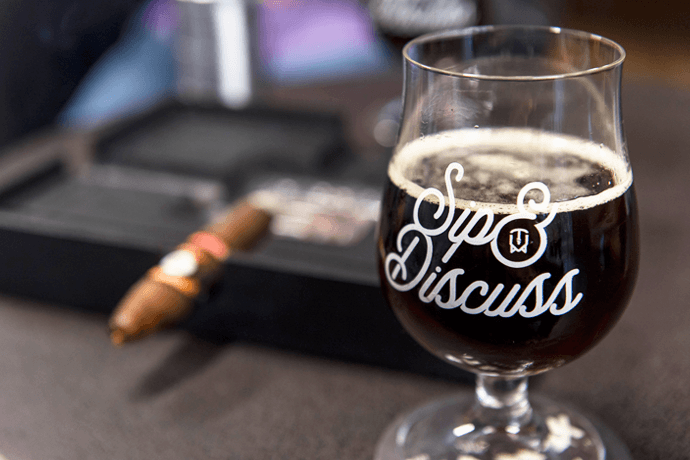 Now you have three good reasons to proceed directly to the Tasting Room at the Tank Brewing Co., a new establishment near the airport where you can drink local beer, sure, but also smoke cigars and watch bands do band things. It’s soft-open now, and these are pictures of it.

After a year of beer crafting, they’ve finally opened this big industrial room with fun things in it. Drinkable things like the Freedom Tower’s amber goodness, or the Abbey 6, or any of the other fine specimens on the beer list.

All of which will pair swimmingly with a nice cigar, which you can have in the cigar shop. It’ll be the smoky area with wooden floors and black leather chairs. Can’t miss it.

But if cigars aren’t your thing, have a seat at one of the bar stools around the repurposed-electrical-wire-spool tables and enjoy your IPA during live music sets on the stage over to the right.

As things go, you and your friends will require sustenance. The menu’s from the guy known as the Ravenous Chef from Twisted Fork Kitchen, which means the TFK burger with guava and manchego will be every bit as good as it sounds.

Assuming that sounds good to you.

The Tank Brewing Co. Opens Taproom
A brewery with a cigar bar? That’s so Miami