GET TO KNOW TANK BREWING CO. IN MIAMI! 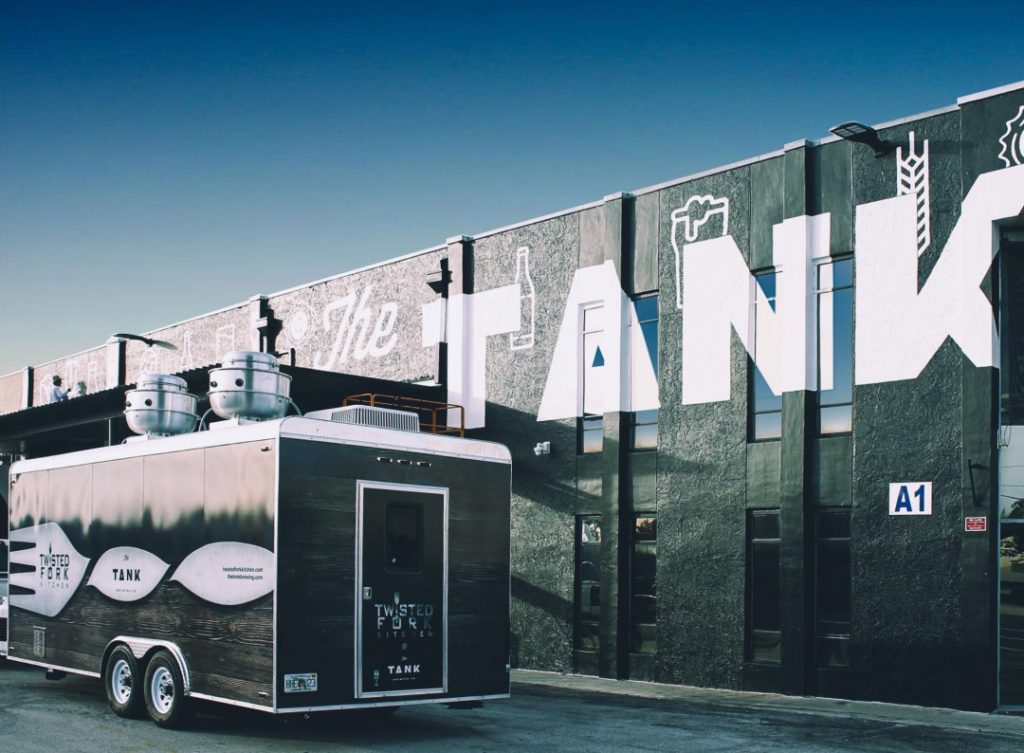 The Tank Brewing Co. and its Tasting Room, are now open and “officially” opening on Friday, April 28.

A little bit about our beers

The Tank beers are artisanal and inspired by The Tank’s love for Miami, its flavor and influence. The core beers La Finca Miami, Freedom Tower and El Farito IPA have been in market for about a year and are some of the most popular in Miami’s craft beer scene.

Some fast facts about The Tank Brewing Co.

Capacity: 600 people fit in the Tasting Room with seating for approximately 120

Beer on Tap: 16 taps, which will include Tank’s core beers, a range of Tank’s seasonal beers and several local Florida guest taps.

Food: They will also serve a menu from Twisted Fork Kitchen by Chef/Owner, Richard Plasencia

Cigars: There is a cigar room and lounge adjacent to the Tasting Room, which features a wide array of cigars, including a line of Plasencia Cigars

Below are some detailed facts about our beers.

· Inspired by Miami’s most iconic building, Freedom Tower Amber is a lager carried by a malt-caramel flavor with an apricot aftertaste. The lager’s approachable taste channels the sanctuary and refuge the tower represents to immigrants from all over the Americas that settled in South Florida.

· A genuine taste of Miami, La Finca Miami is a Belgian Wheat Saison beer with a light, crisp and citrus flavor. Farmers originally consumed this style of beer on their land or “fincas” and yielded fruitful crops from varied workers. Like the “finca,” Miami is a city made up many nationalities, making it a unique cultural gem.

A brewery with a cigar bar? That’s so Miami
The Tank Brewing Company To Open Expansive, Long-Anticipated Tasting Room in Miami