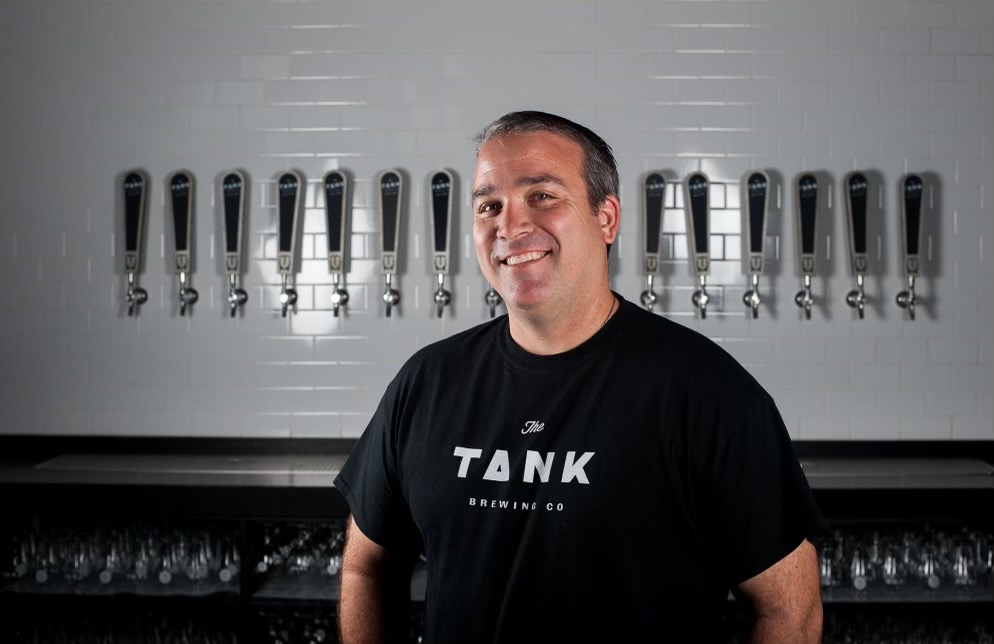 Miami-based The TANK Brewing Co. is celebrating their team and growth after a year of experiencing higher demand than ever before in the off-premise, announcing they are bringing their Miami-influenced, expertly crafted brews to the rest of the U.S. and the Caribbean by creating two new positions.

In less than five years of distribution, The TANK has rapidly expanded, continuing to serve as a go-to destination for Miami locals and travelers alike to enjoy delicious, high-quality craft beer. With Miami serving as a hub for Latin American locals and travelers, it’s no wonder why The TANK’s audience has grown internationally, with many requests for the beer brand to expand.

The TANK has announced Joe Reyes, industry phenom and former Southeast Regional Team Manager at a California-based brewery, Lagunitas Brewing Company, as Vice President of Sales, U.S. Reyes has a proven record of growing brand equity, both in the market and across the country including the territory of Puerto Rico, and will bring the TANK’s national sales to another level and build the brand’s team throughout the country.

In addition to Reyes, Victor Castro, current Director of Sales, will be Vice President of Sales in the Caribbean, Hotels, and DTC bringing the TANK’s highly sought after, Miami-made brews to a whole new region. Castro has been a part of the TANK family as the Director of Sales for over five years, which has given him the experience needed to vastly understand the product and consumer needs. Throughout this time, Castro has gained team-building skills, which has helped expand the aggressive interest behind the TANK. As a result of this hard work, the brewery has welcomed Reyes and Castro to expand in the United States while expanding in Florida and other states.

“I’m so proud of how our team has grown, and the addition of Joe Reyes to the team. We’ve been able to make a huge leap thanks to the stellar effort of our TANK family and distributor partners with a solid foundation that with Joe’s experience he will quickly be able to build from” says Carlos Padron, owner of The TANK Brewing Co.“This past year has been a whirlwind for the whole world, but it allowed us the opportunity to pivot and grow. Everyone wants a piece of Miami and soon, customers can enjoy the flavors of our hometown from wherever they are.”

Despite the challenges they’ve faced amid the pandemic, The TANK has stayed resilient. In March, when lockdown began, The TANK launched #TankItForward, allowing the brewery to keep their team employed. The TANK’s expansion to new markets will only allow the brand’s team to grow and prosper even further.

The TANK’s core brews include the award-winning La Finca Miami, Freedom Tower Amber, El Farito IPA, La Playita, and its newest brew, Lo-Ca, and were all inspired by the brewery’s love for its hometown of Miami.

About The Tank Brewing Company

The Tank’s La Finca was the recipient of the coveted Gold medal at the 2018 World Beer Cup.  The Tank’s 25,000-square-foot taproom features the popular Twisted Fork Kitchen, which serves a varied menu of local favorites, as well as a cigar room.