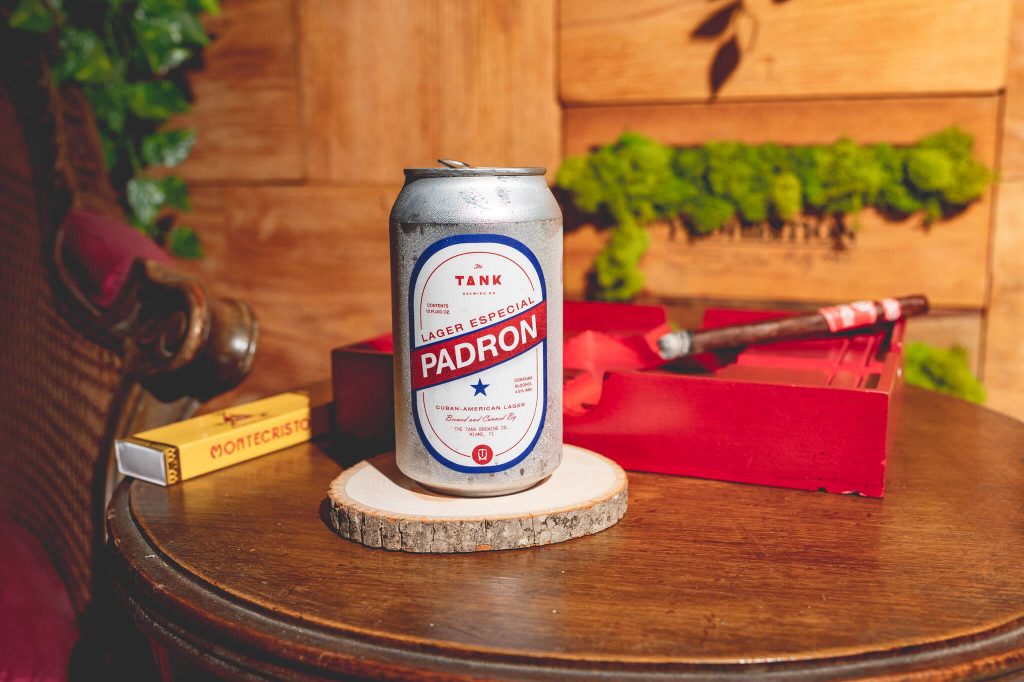 Mexican lagers are starting to become quite popular. Characterized by a light body with a very sharp punch, much of the flavor comes more from flaked corn than from a barley malt.

They are not my favorite. While the body is crisp and clean, I’ve always gotten a weird, harsh alcohol note I do not find agreeable.

The Tank apparently followed me on this, since they were recently interested in getting a Mexican lager on tap in their taproom. Somewhere along the line they relented and decided less tang and more malt sweetness was the key. It wasn’t necessarily a Mexican lager anymore, so what to name it?

A Cuban-American lager, of course. And they called it Padron (Lager, 4.5% ABV), named for Carlos Padron, the owner and visionary behind The Tank Brewing. He’s an excellent friend of the podcast and has appeared more than a few times on the show. And if you want to know how warm and welcoming the man is, just try the beer with his name on it.

Padron is everything I enjoy in a lager. It starts with a medium golden color and caries an aroma that is mellow and malty, slightly sweet and incredbly unassuming.

The flavor feels like a lighter version of a classic Vienna Lager. There are touches of caramel and bread, but those are dialed down a touch. It doesn’t feel watered down, just less intense and perfectly nuanced for the heat of a South Florida summer.

Is a Cuban-American lager a thing? If they’re all like this, I can totally get behind it. If not, the team at the team at The Tank created a great beer to honor their leader.

Both are perfectly fine by me.

One Year Later: Hardship turns into opportunity for Tank Brewing Co.
Everything Fun you Can do In Miami This Weekend