Our Favorite American Craft Beers of 2016 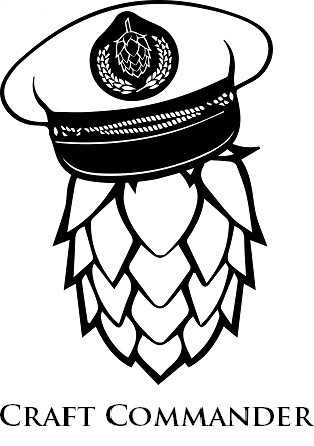 Every year we get the chance to drink a lot of really great beers.  We don’t assign them numbers or award points for rarity.  Some of those beers stick out to us.  This last year, these were those beers (in no particular order):

1. Fonta Flora Brewing, Razzmatazz Vol.1:  In my opinion, Fonta Flora is one of the most exciting breweries in the country.  They experiment with local and foraged ingredients, brew killer hoppy beer, but most of all have a portfolio of wonderfully complex and bold flavored and balanced beer.  Razzmatazz Vol. 1 is a beautiful red raspberry wild ale, with an enormous berry bouquet and layer upon layer of raspberry and funk on the palette.  While we could have picked from almost any of the Fonta Flora beers we were lucky enough to have this last year, this one had us from the first smell in the glass.

3. Forest & Main Brewing, Paradisaea: This brewery, the people behind it, and the beer are all world class.  Paradisaea is a barrel aged saison with citrus and Mosaic hops.  It’s a juicy, just sour enough, beautiful interpretation of the style and is a wonderful representation of what the brewery is capable of.  Part English pub and part barrel aged sour production brewery, F&M is creating some of the most inspiring beer in the country.  Fermenting their sour beers, like this one, on a local forged yeast and bacteria culture, they’re able to create an experience unique to their brewery with each offering. Paradisaea is wonderful.  It’s fun and playful and really got us thinking about all the subtle flavors we were picking up throughout our time with the beer.  We can’t wait to see what’s next from F&M.

4. Cellarmaker Brewing, Nelson: We visited the quaint brewery in November while in San Francisco, with our good friend Jesse Friedman (Almanac, founder).  He thought it was a must while in town – and he was absolutely right.  We loved the experience from start to finish.  The taproom is cozy and the beer is fantastic.  Nelson, which features Nelson Sauvin hops (as the name suggests), stood out as our favorite.  Nelson is just one of those juicy, hazy (not juicy because it’s hazy), dry, and hop forward beers that has you going back for more.  It’s aggressive but soft at the same time.  It’s pungent and powerful but subtle and delicate all at the same time. Moral of the story, it’s just damn good.

5. Crooked Stave Artisan Beer Project, Nightmare on Brett (Leopold Whiskey Barrels on Cherry): Chad Yakobsen, owner and founder of Crooked Stave is the authority on Brettanomyces fermentation.  He’s able to coax unique and interesting character out of his yeast cultures that most breweries only dream of.  This understanding of fermentation also allows Crooked Stave to put out big bold beers like Nightmare on Brett (around 10% abv), which are sour, influenced by fruit, and fermented in whiskey barrels and make them seem delicate and almost wine like.   We love this beer because the dark appearance and whiskey aromatics give way to a complex acidic and fruity character on the palette.  It takes you by surprise and offers a truly unique experience with sour beer as most breweries only use neutral oak or wine barrels for their sour program.  The beer has so much going on but when poured into the glass everything works in harmony.  Nightmare on Brett is a present look to the future for sour beer and for that reason it had to be on our list.

6. The Tank Brewing, La Finca: It’s no surprise that we love saison.  The Tank, which opened earlier this year, decided to make La Finca (“the farm”, in Spanish) saison a core year-round offering and we couldn’t be happier about it.  It’s dry, effervescent, peppery, citrusy, earthy, and incredibly refreshing.  It’s brewed with a nod to the traditional saisons and the history of the style, but is modern in approach and choice of ingredient.  La Finca is brewed with an acute attention to detail and purpose that comes across as a mature “we’ve been doing this for years” offering.  We’re excited about this beer and what’s to come from this new Miami brewery.

7. Civil Society Brewing, Fresh: Hops, hops, hops.  Civil Society just celebrated its 1 year anniversary and has already established itself as a hop head’s dream in South Florida.  Fresh is the beer that, in our opinion, truly separates the brewery from the rest.  Head brewer, Karl Volstad, has been brewing the beer for years, each time fine tuning the approach to make it into what it has become.  An aggressively hopped, ripe tropical fruit forward,  aromatic, and refreshing IPA that gives you all the hops you could ask for without the astringent bitterness.  You can taste the time and effort the brewery has put in to the beer with every sip.  For even more hops, head to the brewery and try the Double Dry Hopped Fresh.

8. Side Project Brewing, Derivation (Batch 5):  I know, I know.  Side Project has made its way on to the favorite beers list every year since we started.  What can I say?  Cory is a master at his craft.  This year, we got to spend some time together down in Florida drinking through several Side Project offerings and although all were world class, this batch of Derivation blew us away.  A huge imperial stout: coffee, vanilla, aged in rum barrels for over a year; yet, somehow it came across as soft and delicate.  We still haven’t been able to wrap our heads around how such a powerful and flavorful beer could come off so nuanced, subtle, and graceful.  Big body, creamy mouthfeel, and dangerously drinkable.  It’s a testament to what Side Project is capable of and quite simply one of the best beers we’ve ever had the opportunity to try.

9. Firestone Walker Brewing, Pivo Pils: This beer may be as close to perfect as it gets.  Because it’s a pilsner and because it’s somewhat readily available it doesn’t get all of the the attention in the beer nerd kingdom that it deserves.  But, it is phenomenal.  It is so technically sound, so flavorful, so refreshing, it’s almost hard to believe.  Firestone Walker is an industry standard for quality and consistency and Pivo is steering the ship.  It’s no surprise that Pivo took Gold at the Great American Beer Festival from 2013 to 2015.  That’s blind tasting, by the way!

10. Casey Brewing & Blending, Oak Theory:  Troy Casey is a superstar in the making, if not already one.  Ask most brewers who they’re watching these days, and Casey Brewing is at the top of the list, and it’s no surprise.  He’s making beautiful funk forward mixed fermentation beers employing old school meets new school fermentation techniques and the results are often times breathtaking.  Funk reminiscent of your favorite cheesy lambic, jammy fruited sours, and just a masterful command over the beers.  Oak Theory is no non-sense Belgian inspired beer fermented in and aged in oak for over a year.  The result is a funky, dry, and incredibly complex beer.  It’s one of those beers that really lets you experience the oak and Troy’s ability to bring out unique flavors through fermentation.  It’s a thing of beauty people!

National Beer Day is coming: Raise a pint at one of these local breweries
10 Miami Chefs You Should Be Following on Instagram